Last week, I posted on our Embrace Our Heritage Facebook Page, an article, "'No Place For Discontent': A History Of The Family Dinner In America." I mentioned I would discuss our family dinner this week.

As shown in the photo above, my parents, brother and I grew eating dinner together at the kitchen table. We had a dining room to the left; however, my parents used that room for their bedroom. You see, we rented a 2-bedroom, 1 bath home with the bedrooms upstairs and the bathroom in between. Logically, my parents would have slept in one bedroom and my brother and I in the other, except for that fact that our landlady (the person on the right) rented back one of the bedrooms.

The person in the center is my brother, P.J. (short for Philip Joseph), and the lady on the right was our "Aunt" Ruth, our parents' close friend. As for me, I have no idea what I'm doing, but I'm the one in the lower right hand corner. Interestingly, the table seems much smaller than I remember; perhaps, because I was much smaller then and everything looked big. The photo was taken in celebration of my brother's birthday and so he's seated opposite from our dad.

Every weekday, our dad would leave work at 5:00 pm and arrive home at around 5:15. In the winter, he would likely arrive a few minutes later because he rented a garage down at the corner store. If left out in the driveway, the car would be quite difficult to start in the morning. Our mom would call us to dinner so that we would be ready to eat as soon as our dad arrived.

Every Saturday, sunshine, rain, or snow, my mom and I would walk or take a bus to downtown, about 2 miles away. She would do her weekly shopping while I would go to the movies. My dad would often drive downtown to play billiards. For some reason, I don't recall if we had dinner on Saturdays, but after a long day of shopping, I'm sure my mom would be too exhausted to cook. Perhaps we simply didn't have dinner. We certainly would not go out and eat, much like families do today. We rarely ate out. Mom's food was always better than restaurant foods, and besides, there were few "fast food" places back then.

Sundays were a bit different. Our mom would get us moving on Sunday mornings for Sunday School and church. After church, which was clear across the city of 50,000 (about 5 miles), we would come home and our mom would begin preparing dinner. Generally, the dinner would be roast beef or roast chicken, served around 2:30. I don't recall if we ate snacks or leftovers in the evening, though I'm sure we would be quite full from our Sunday meal.

Though my brother and I participated in the conversations, our parents generally be the ones talking while we would simply listen. I'm not sure how my brother reacted—he was 7 years older—but I got excited whenever our dad would announce, "The eagle shit today," his way of saying that he got paid, and that meant I would receive my allowance. Regardless of our limited participation, the idea is that we were all together as a family—everyday, for many years. That brought us continuity and unity in the family.

Back then, when moms stayed home and dads were the sole breadwinners it was much easier to sit down at dinner as a family. There was little to distract us, other than perhaps listening to the radio, and for us, we had no radio in the kitchen.

Then in the early '50s, TV was introduced to homes. At the time, TV wasn't much of a distraction since there were limited number of stations and most of the shows (if there were shows on at dinner time) would be snowy and difficult to watch. However, by the mid to late '50s, there were more cities with TV stations and more shows on TV—especially during dinner time. This began the downfall of the traditional family dinner.

Our parents purchased a TV about a year before we had a local station, but once we had a local station, what did I do? You guessed it. I began asking, "Can I could eat dinner at Dad's desk?" His desk was in the hallway, facing the living room where the TV was located. I simply had to watch Captain Video and Gene Autry (for those who don't know, Gene Autry was a cowboy TV star before he became the owner of the California Angels baseball franchise). Yet, in fairness to the TV show producers, often the star of the show would close the show and support the parents by saying something like, "Be sure to go to Sunday school," "Do your homework," or "Obey your parents."

Then came the turbulent '60s when both parents began working outside the home and TV came of age. The children watched the cartoons, cowboy shows, and American Bandstand while the parents began watching the news on TV. By the '70s, all the family members seemed to have become "addicted" to TV. Not only did the children want to have dinner in the living or family room, the parents began to use the TV as a babysitter.

My wife and I were married in '72, and our daughter was born in '74, we were hopeful we could continue the practice of the family dinner; however, it was difficult because both of us were working full time and at least one of us had a long commute. As the fast foods, the industry proliferated and we started eating out more. The one good thing about the fast foods joints is that we ate as a family.

From the '70s on to today, there has been a general decline in the family unit. More and more teens became pregnant. Extended families scattered. Video games flourished. More divorces occurred, and of course, the drug revolution started—all contributing to the breakdown of the family unit—and the family dinner.

I thoroughly love the TV show, Blue Bloods. Not only is it a great "cop" show, it is an excellent family show with 4 generations with differing personalities. Though they have separate homes, every Sunday, they would all gather around the dinner table at their family home; three generations of past and current NYPD officers and a prosecutor as well as a 4th generation of growing children. Regardless of their temperament, they would begin the meal with a prayer. Sometimes the conversations were friendly. Sometimes, they might be argumentative and controversial. They also deal with provocative issues like in this video. Yet, no matter how contentious the meal may be, they meet as a family and leave as a family.

I now wonder if there are still families who routinely sit down at the the kitchen/dining table and have dinner together? Do you have frequent family dinners? If so, how do you manage? Are you a work-at-home mom or dad? Does that help?

Frank S. Adamo is the founder of Embrace Our Heritage and a published author. Please feel free to comment on this or other articles. If you have any suggestions or recommendations to the website, this blog, or types of articles you would like to see covered, you may email Frank at frank@EmbraceOurHeritage.org. 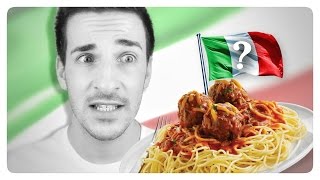